andro has launched a “new brand design” with a new logo and all-star team of Germany’s Sabine Winter, European Youth Champion Killian Ort, French Champion Stephane Ouaiche as well as former World Team Finalist Damien Éloi. Each of these champions was instrumental in the creation of andro’s Rasanter rubber.

The Rasanter series is subdivided into 2 basic technical profiles:

All Rasanter rubbers are based on the new ULTRAMAX sponge in microstructures, which are available in different degrees of hardness. After choosing V or R, the degree of sponge hardness of your choice is determined in the second step.

Paddle Palace has the complete line-up of Rasanter Rubber from andro: 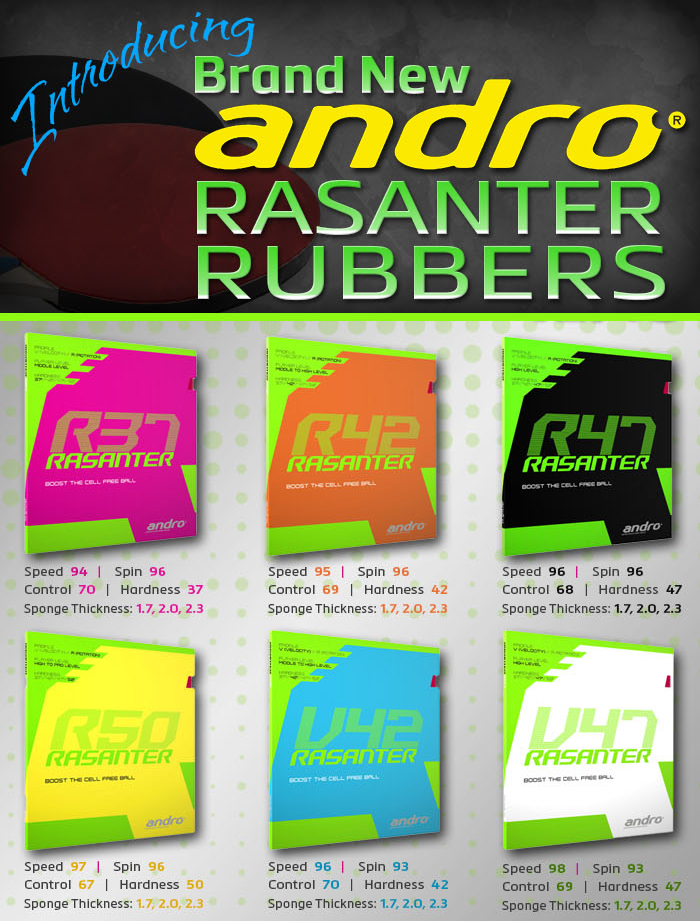