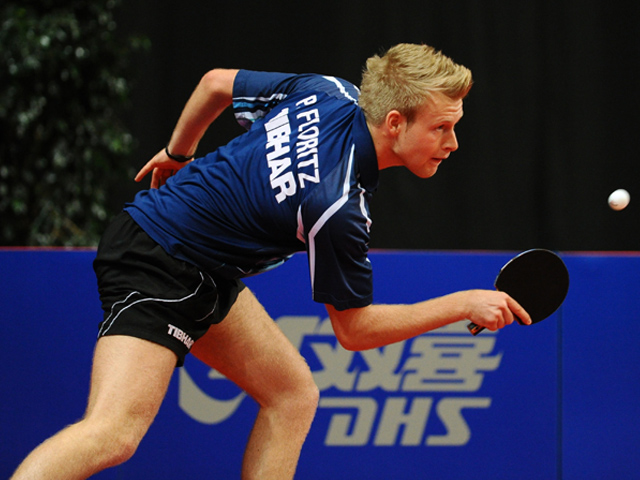 Tibhar Player, Philipp Floritz has announced that he is moving from Germany to Bulgaria. Highly acclaimed as a junior for Germany and a part of two World Championship teams as well – that run of representing Germany will be ending now – as he switches allegiance to another country.

This isn’t the first time that a German National Team member has changed allegiance and competed on the ITTF tour for another country – Thomas Keinath is a German ex-national player who now plays for Slovakia.

The current world rankings have Floritz at No. 233 – though he has been higher in the past. In Germany, he would have been a long shot for the National Team in future years. In Bulgaria, however, he should be near the top (maybe THE top). This should provide him with more opportunities for premiere international events – and improvement.

Expect to see him in a week at the Bulgarian Open playing as a “Bulgarian”.

Michael Maze to Face Ma Lin in Event in Copenhagen