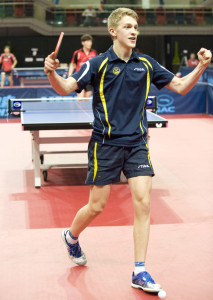 Original article in German may be found here

(Translation through Google with Edits by Steve Hopkins)

No Timo Boll at the World Cup

Surprisingly, the seventh in the world rankings, Timo Boll, did not receive a wild card invitation to compete in the World Cup in Halmstad, Sweden (October 16 to 18). The 34-year-old, who won the Cup in 2002 and 2005 and who has been in impressive form recently in the Chinese Super League, feels as one can understand, wronged and fears negative consequences for the Olympics.

The former European champion will probably have to watch from home for the first time in 14 years at the World Cup, unless one of the participants withdraws due to illness or injury. The ITTF has now declared that he is the first alternate for the named participants.

The named wildcard for Halmstad was awarded to European Junior Champion Anton Källberg (SWE) from Bundesliga club TTC Hagen. On one hand, of course, the young player is a great talent, and he is from Sweden so this provides the host nation a boost of motivation and may enhance viewer interest. On the other hand, according to performance criteria – the 18-year-old Källberg is currently listed at No. 105 in the international rankings – so it is difficult to justify replacing No. 105 for a player like Boll.

The usually restrained Boll did not mince words: “I’m playing in the Top 10 for 13 years in the world, currently stand in seventh place and feel they ousted me without any sporting grounds – and in the pre-Olympic year. I thought attending the World Cup was based upon performance and not upon favors to the organizer. “

DTTB Honorary President and Boll-Mentor Hans Wilhelm Gäb has expressed shock: “That is a decision against the spirit of sport. The World Cup is not a tournament for youth players conveyor. Timo Boll demonstrates at every international tournament, that he belongs to the absolute world class, and has deviated radiance about our sport beyond. “

And DTTB-President Michael Geiger described the decision of the ITTF whose German President Thomas Weikert had abstained from the decision of partiality reasons, as “completely incomprehensible”. Boll had thought last February the Europe Top 16 in Baku, as a qualifying tournament for the World Cup, had to cancel in advance due to a hip injury. Added Geiger: “So a case of bad luck and undeserved loss is actually a perfect example of a wildcard. Timo is the highest ranked player in the world rankings, which can not participate in the World Cup. No one could have criticized a decision to give him the wildcard. “

Due to the unchallengable ITTF decision against Boll, and based upon the present world rankings, European champion Dimitrij Ovtcharov will be the only German player in Halmstad. 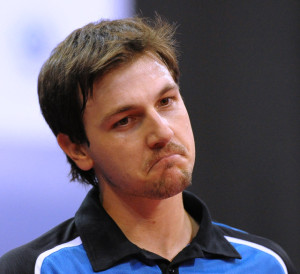