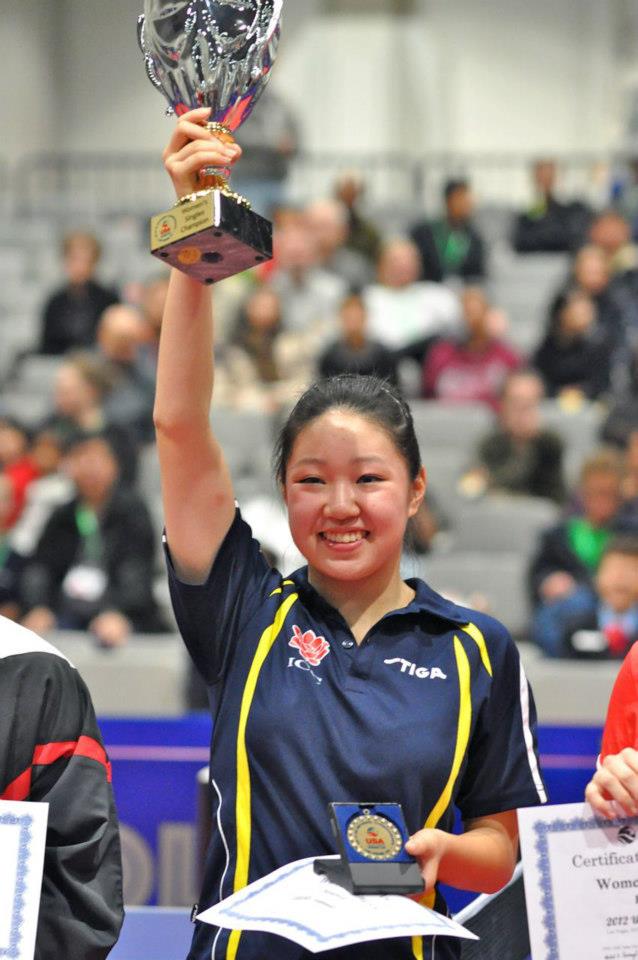 Congratulations to Lily Zhang on Winning the

2012 has been a year to remember for the young and talented Lily Zhang, the pride of STIGA’s ICC Elite Team.
She has had a dream year, earning titles and breaking new ground for the US on the international scene.

Here is a look at her year: