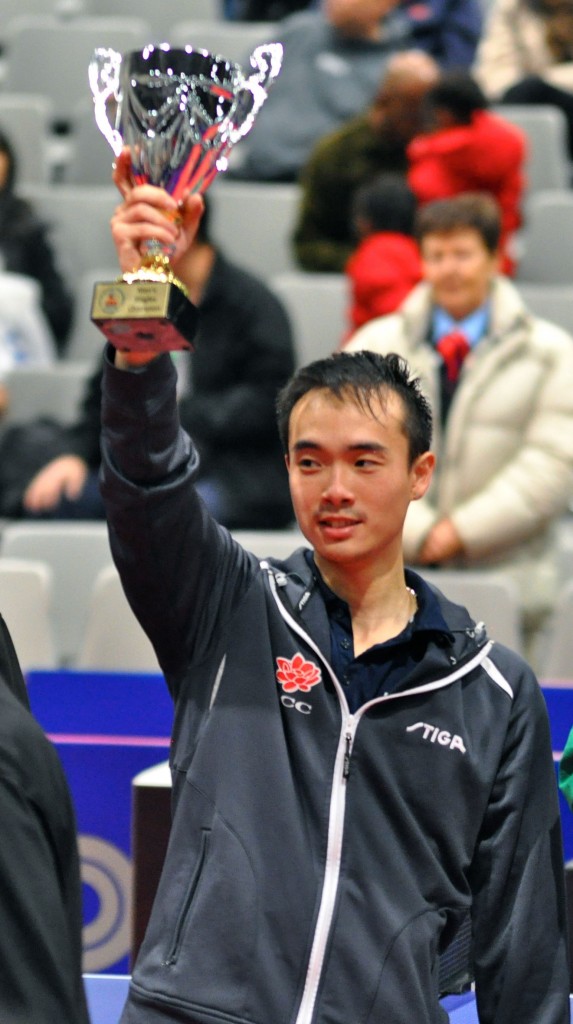 Timothy Wang Is Perfect at the 2012 US National Championships!

Timothy Wang’s game seems to rise above those around him as if by magic. Ask him how he manages to make the most of the big situations and he’ll tell you about his determination and a fighting spirit that never quits. A key member of the STIGA ICC Elite Team, Timothy credits his coaches Massimo Constantini for keeping him focused and Zhou Xin for keeping his game sharp.

At this year’s US Nationals, Timothy’s game and spirit were not to be denied, winning the Men’s Singles, Doubles, and Mixed Doubles. No one is sure how many times this demonstration of dominance has occurred at past US National Championships, but everyone agrees that Timothy’s never say die attitude is a playing trait to admired.

Check back soon to hear an exclusive audio interview with Timothy on his year, the US Nationals, his game and training.

Here is how Timothy, the number 2 singles seed, and partners made it to the champions’ circle!