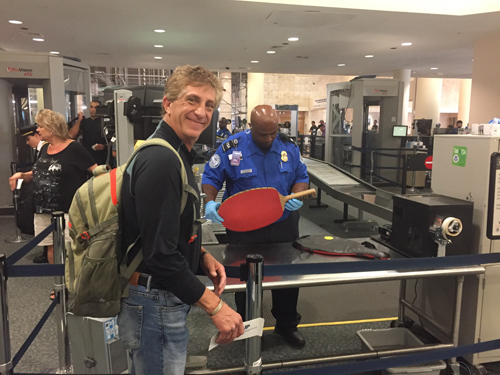 I have had interesting assignments over the years, and some on short notice. But this one was short notice and sweet. It was 13 years ago that I entertained Max and his guests with my son Austin at Max’s Bar Mitzvah in Palm Beach, Florida. Perhaps Austin and I left a good impression.

Max Kaye gave me a call last Thursday morning telling me he was entered in a $50,000 Ping Pong shootout with the world’s best tennis players, and he would like for me to fly to Palm Beach Florida and then with him to New York City to help him train and coach him for the event. Max then asked me, ” can you come tomorrow?” The tournament and players party would be on the 64th floor of the World One Trade Center on Wall Street. And he then told me that we were invited as a special guest on Wednesday morning to the “Opening Bell” on the New York Stock Exchange. So after making an agreement with Max, and talking with my wife about canceling my weekly appointments, I was off the next day to Palm Beach to meet up with Max. 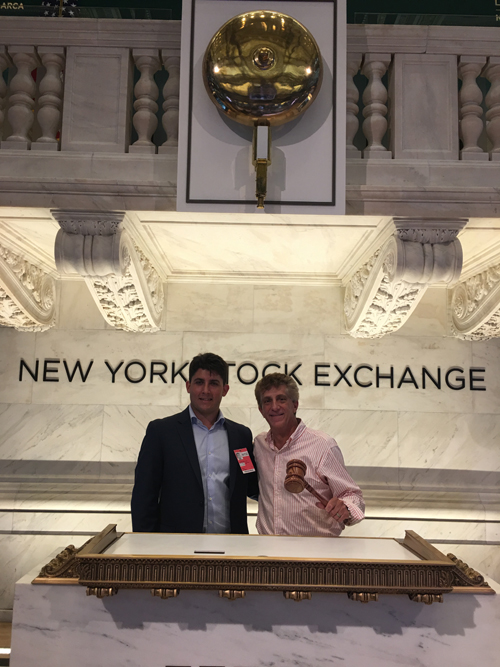 I asked Max to Fed-ex two of the paddles to be used in the event to his home so that when I arrive we can begin training. And that we did, we began in the living room of his Palm Beach home, playing until 1 in the morning the day I arrived. The next day we drove one hour to the Broward Table Tennis Club and played for four hours, with having one of my childhood friends Larry Gold (1900-2000) meet us there to train Max with the paddle that would be used for the tournament. We were also greeted by several of the Broward Table Tennis Club members, what a facility they have, and what a friendly place to visit. My only disappointment was that former Gold Medalist and good friend Terese Terranova was out of town at the time. 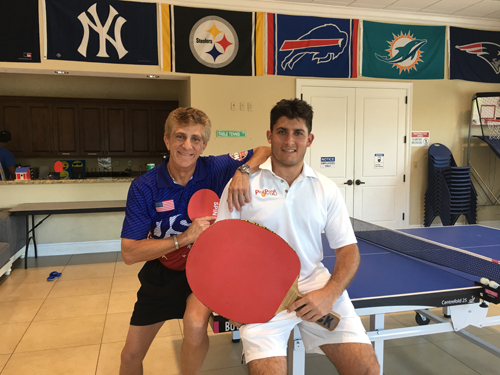 The following day Max’s Aunt invited us to train at the country club at Mirasol, the former country club that hosted the PGA Tour Honda Classic for many years. We had a beautiful air-conditioned room in the clubhouse with a brand new table tennis table to play on. Max a Cornell Business School Graduate, who also holds a Master’s degree and speaks fluent Chinese, is extremely motivated. It was a disappointment when I told him to take a break. 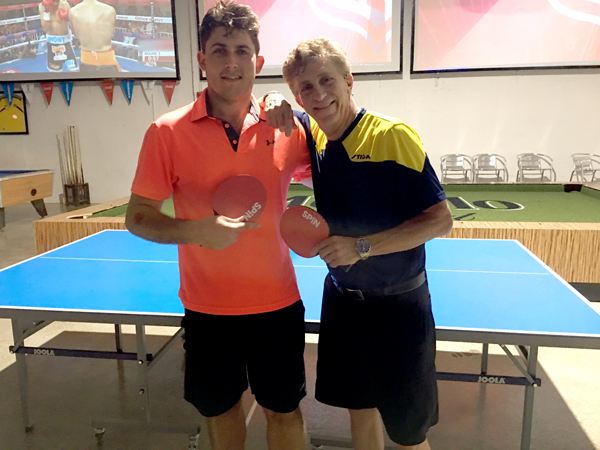 On Monday Max and his family told me that they liked to fly into Westchester Airport so I told Max that I would arrange training for him there when we landed. And that we did. We were surprised to see a few of the Alguetti brothers were there training as well as several other top players. Gal Alguetti was especially kind to take so much time working with Max on his backhand. And then former CEO of USA Table Tennis Ben Nisbet also came to the Westchester Club and played a few matches with Max to prepare him for the event. 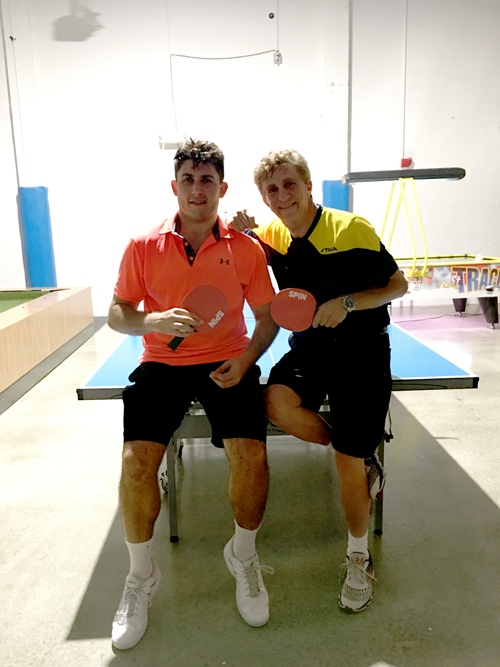 It was about 730pm before we thanked owner and proprietor Will Shortz for allowing us to train there and off we went to the London Conrad Hilton in the theatre district of Manhattan. I knew we were in a pretty hip area when I returned from the corner store with fruit only to give a fist pump to rapper/actor “Flavor Flav” who was hanging out with a few friends in front of my hotel. 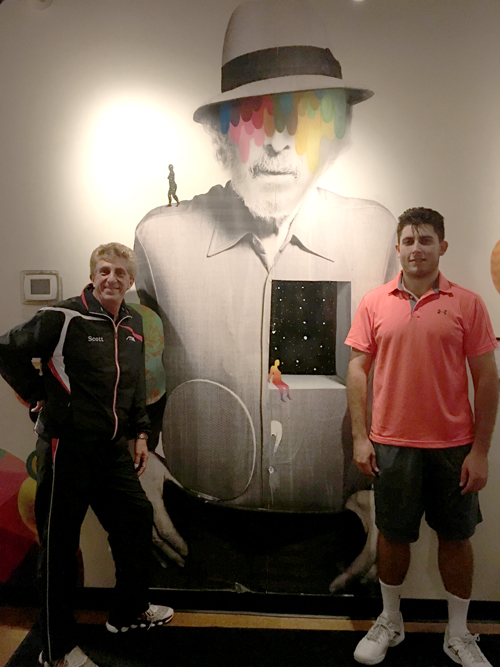 The next morning I thought we would train at Spin New York, I knew there would be quite a few players there and perhaps Max can play some players with the “special paddle” that everyone would use at the event. At Spin once again we were welcomed with open arms, as old friends and top players were there to greet Max and I. I think Max was overwhelmed to meet and play with former US Champion Michael Landers, get coaching advice from former Nigerian and Olympic player Atanda Musa, and even getting to play a few games with Spin spokesperson/rapper Wally Green. 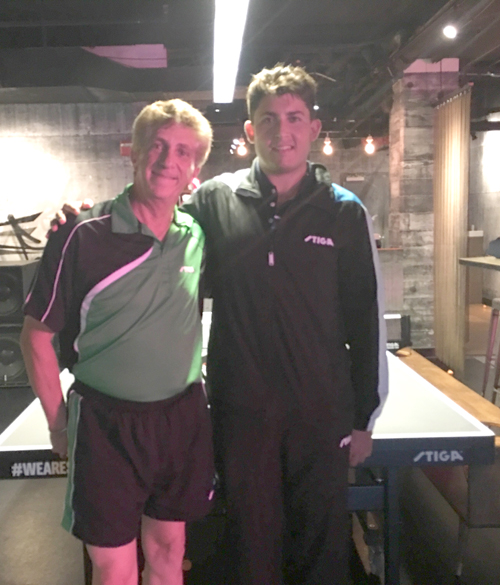 We trained at Spin for two days in a row and then came the day of the event. First, breakfast with Max’s family at the Hotel Pierre, then we were escorted to the New York Stock Exchange with Max’s longtime family friend Pat Willcuts, an executive with Morgan Stanley. 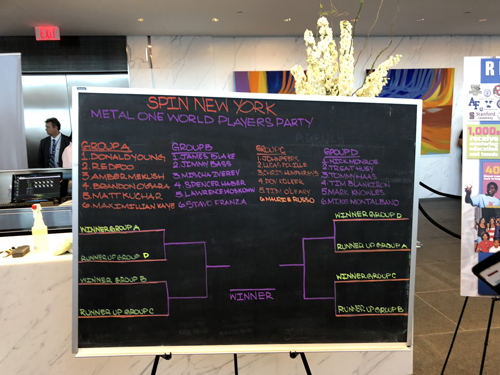 Arriving at the competition we learned that only 24 players would play in the event, each having a $5,000 entry fee to play for charity hosted by the National Tennis Association. Several of the world’s best tennis players were arriving for the US Open in Flushing Meadows and this was a charity event that many supported. 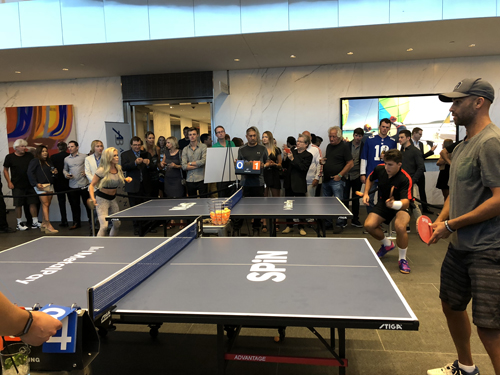 Tennis greats such as James Blake, Tommy Haas, and Donald Young were on hand, as well as PGA Tour great Matt Kuchar, who somehow beat Max after Max was up 6-2 in the deciding 11 point game. Ending this fairy tale for now. 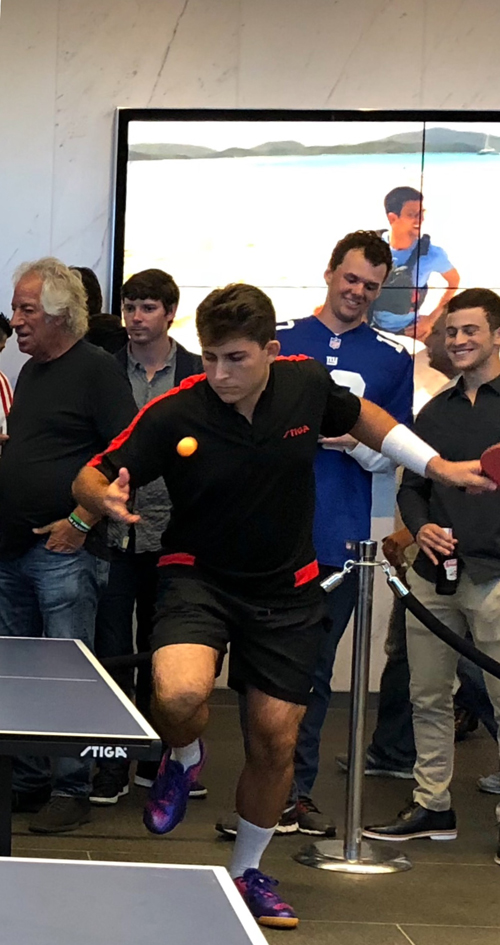 I wanted to thank Stiga for providing the clothing for Max to wear, I want to personally thank the Kaye family, Bill, Lisa, Alexandra and Max for their friendliness and hospitality, and to thank Max for never giving up and show me incredible perseverance.

When Scott delivers his infamous 40 foot serve at exhibitions he uses a STIGA 190 Carbonado Blade with Stiga Mantra M Rubber. 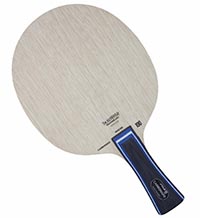 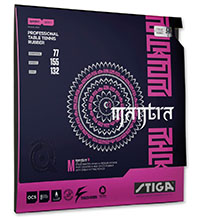