Do You Know the Six Types of Footwork Drills?

Do You Know the Six Types of Footwork Drills?

There are hundreds to table tennis footwork drills. Most of these drills are in one of the following categories. Before reading the article, can you name the 6 types? (No peeking!!!)

Systematic Footwork Drills
A basic systematic drill has a pattern or system to it making it easier because you know where every ball is supposed to go. Examples of systematic drills include 1 backhand 1 forehand… or forehand, middle, forehand, backhand… or 3-point forehand. Even for professional players, these drills are always good to implement in the beginning of the training session to allow you to develop a comfort level and warm-up your stroke and footwork. Advanced versions of systematic drills involved the blocking player giving some blocking variations – a little faster, a little slower, a little topspin, etc… Other advanced versions of systematic drills involve the attacking player giving some variations, by playing closer to the table or further from the table or changing the action on the ball – peeling some balls and gumming other balls. As the players become more consistent, they typically add more of these subtle variations.

Semi-Systematic Footwork Drills
These drills involve a partial pattern but also involve a random element. Two of the most common semi-systematic drills are 1 or 2 backhands, 1 or 2 forehands… and also the drill 1 to the middle, then 1 to either corner. These drills force the attacking player to be more alert in watching the blocker’s racket and making game-like decisions by reading the ball properly.

Random Footwork Drills
These drills are completely random full table or random in a specified zone. Many players have trouble at their middle transition point, so they might do random in the backhand 2/3 side of the table. These drills are more game-like and involve many adjustments with the feet, torso, and hand. One of the most critical elements to perfecting random is to have your racket in front fairly far from your body. With the racket in-front, it becomes much easier to adjust with a short quick swing when surprised, but also take a longer more powerful swing when prepared.

Multi-Location Footwork Drills
With these drills, the attacking player is hitting to various locations. One classic one that I do with my advanced players is full table random and they attack 3 balls to my wide backhand and one ball to my wide forehand. They continue in this pattern, 3 to my backhand and 1 to my wide forehand. I block with my backhand and counterloop with the forehand. They loop the entire drill. So what is the benefit? The huge benefit is that they ball is continuously approaching them FROM various angles TO various angles. It is like the enemy is approaching from all directions instead of just approaching from 1 direction. Another common multi-location drill is 1 backhand crosscourt then 1 forehand crosscourt – the blocker blocks down the line. Another example of multi-location is backhand cross backhand down the line, forehand cross forehand down the line.

Open Ended Footwork Drills
These are the best footwork drills! They can begin with systematic, semi-systematic, random, or multi-location and end in free point at a designated time. For example, the blocker gives 2 balls to the backhand and 2 balls to the forehand, then the 12th ball is free. When the 12th ball is free often both players are more focused because they are trying to reach a common goal. Once the 12th ball comes, the offensive player is trying to continue attacking but becomes more tactical in his placement. The blocker also becomes more tactical changing locations to trying to find a way to safely counterattack.

Offense / Defense Footwork Drills
These drills actively involve both players attacking and defending during the same exact point. One example of this would be 1 player loops 2 forehands while the other one blocks, then the blocker loops 2 forehands while the looper blocks, and it continues trading off. Another example would be 3-point forehand, the first player loops 3 forehands then after the 3rd forehand reverses roles with the blocker alternating back and forth. In the future, I hope to develop many more of these drills because it has a real-feel. In matches, both players are combining offense and defense and the attack sometimes switches backhand and forth 2 or 3 times during the course of an intense point. Developing the ability to transition for offense to defense is a huge missing link for many American players. 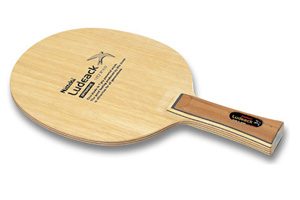 Should You Use Wrist When Forehand Looping?