60 Days Left Until the Liebherr World Cup in Dusseldorf

*Original published by Tischtenis.de is available here (in German). Edited by Steve Hopkins (with help from Google Translate). 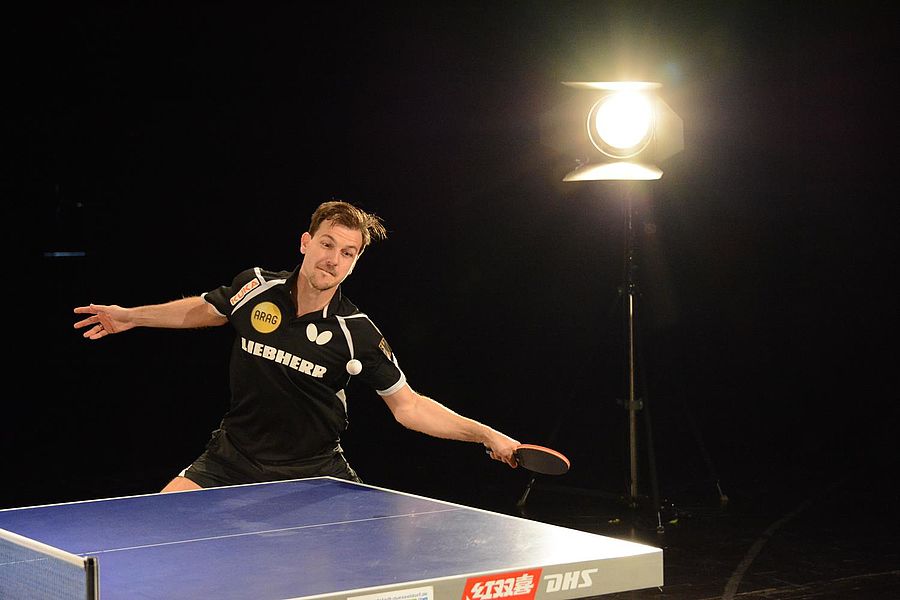 With just another 60 days until the 2017 Table Tennis Championships in Düsseldorf: Timo Boll and Petrissa Solja made the first serve. Both look with great anticipation for the World Cup – and their Chinese partners.

The biggest indoor sporting event in the world is getting closer and closer: in 60 days, the top stars of the table tennis team meet in Düsseldorf. At the LIEBHERR Tischtennis World Championships from May 29th to June 5th, around 700 athletes compete for medals in Singles, Doubles and Mixed Doubles. The first major taste of the sporting event was held in Hall 6 of Messe Düsseldorf, which is the main venue during the World Cup. Timo Boll and Petrissa Solja played an exhibition match exactly at the place where the world champion is to be played in around two months.

“This year, the Table Tennis World Cup is a very special sporting event in the calendar of the Sportstadt Düsseldorf. We are looking forward to the athletes, volunteers and fans from all over the world. With 42 clubs and more than 3,500 members, Düsseldorf is a table tennis high-rise. With the Borussia Düsseldorf, the state capital is home to Europe’s most successful table tennis club. The upcoming world championships will surely increase the enthusiasm and fascination for the sport, “said Burkhard Hintzsche , city director of the state capital Düsseldorf.

Even Thomas Weikert , President of the International Table Tennis Federation ITTF, stressed the importance of sport: “Table tennis has a high priority: There are more than 100 million organized players of all ages. In Dusseldorf, the world champion meets in the battle for the medals on eight competition days. Among them are Chinese top stars such as the Olympics winner Ma Long, Zhang Jike and Ding Ning. In addition, the fans of Germany are able to experience the raffles of the Swiss medalists Dimitrij Ovtcharov, Timo Boll, Bastian Steger and Petrissa Solja at their home World Cup. In addition, there will still be the German-Chinese double by Timo Boll with Ma Long and Petrissa Solja with Fang Bo. This has already a historical character for this World Cup in Germany. ”

“He should train diligently”

Solja had her first contact with her mixed partner yesterday: “I told him to train hard, I want to become world champion,” she told him. Of course, with a smile. Timo Boll is also looking forward to the double with Olympic champion Ma Long: “Of course, we want to play for the title,” says Hesse. Communication with Ma Long is now easier: “He has learned a little English.”

Anticipation to the guests from all over the world

“The Table Tennis World Cup is a sporting event with world-wide attention. We are long fans and look forward to welcoming people from all over the world to the TT World Cup. As one of the most successful trade fair companies in the world, we have long been actively involved in the sporting field during some events or as an organizer of the German House for the Olympic and Paralympic Games. In all of our commitments, we are making the sporting message of these events an integral task, which has important feedback effects on the international positioning of Düsseldorf as a business location and a sports center, “said Werner M. Dornscheidt , CEO of Messe Düsseldorf, at the press conference.

On the grounds of Messe Düsseldorf, several exhibition halls will be transformed into the Schauplatz for the world’s largest indoor sporting event. Three halls are used alone for training and competition. On a total of 50,000 square meters of exhibition area table tennis is played. As one of Germany’s top players, Timo Boll has already become familiar with the venue of the World Championships. His anticipation for the competition day is already great: “With the World Cup at home, a dream comes true for me. What more do you want than playing in front of your home fans. In addition, my double with Ma Long, that is a beautiful highlight of my career. ”

Tickets for the LIEBHERR Table Tennis World Championships are still available for the days 30th May to 2nd June and can be ordered online (via Www.wttc2017.com/tickets.html ) or by telephone (via the hotline of AD ticket 0180 6050400 / 0,20 € / call including VAT from the fixed networks, max. 0,60 € / call incl. VAT from the Mobile networks).

All information on the World Cup can be found at: www.wttc2017.com .

With just another 60 days until the 2017 Table Tennis Championships in Düsseldorf: Timo Boll and Petrissa Solja made the first serve. Both look with great anticipation for the World Cup – and their Chinese partners.