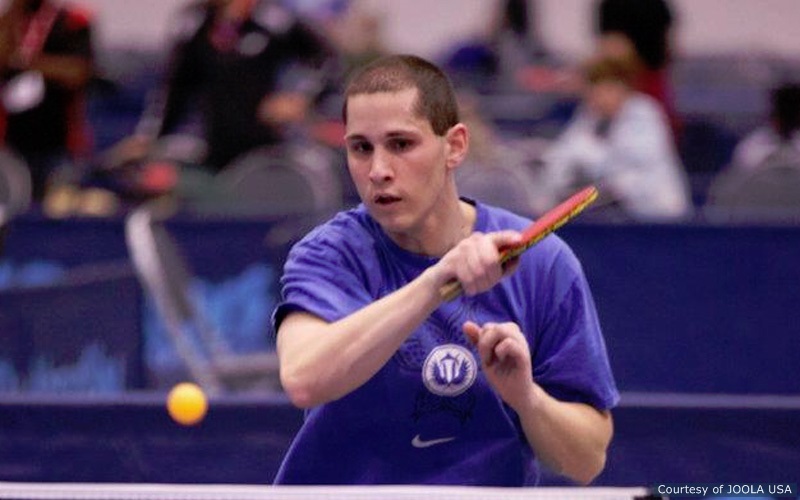 USATT Insider poses 11 questions to Ryan Hoarfrost of Paddle Palace
1) Why do you play?

I play because I love the competition. It’s also great exercise and a lot of fun.

2) Which is your favorite tournament?

My favorite tournament I regularly play in is the Portland Open. It’s the biggest annual tournament in the area so I always look forward to that one. I also like traveling to other tournaments around Seattle, BC, and California.

3) Who is your primary nemesis?

Sean O’Neill. I also battle with Hung Ho and Hau Lam on a regular basis.

4) What is your favorite game tactic to score?

Deceptive heavy spin serve to try to get the opponent to give a poor return that I can attack.

5) Thoughts on the Poly Ball.

I really like playing with the Nittaku Premium 40+ ball and even prefer them to the celluloid balls.

Probably the one that stands out was losing in the semi-finals of the Oregon State Championships to Ethan Liu a couple years ago.

That one time I beat Sean O’Neill at the Cosmos TT league. I also took out Tahl Leibovitz when he came to town during a clinic!

8) How you prepare for a tournament?

Make sure to get an extra playing session in the week before.

9) When you see a new player at the club, what do you do?

Say hi and see if they want to hit some.

10) Player you would most like to play in a tournament?

11) If you had to face Timothy or Crystal Wang what would your game plan be?

I wouldn’t try to do anything different and just play my game.