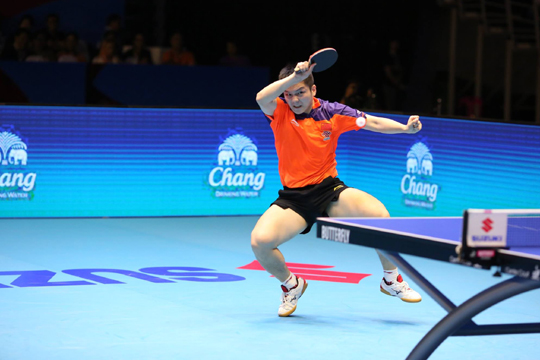 In the Men’s doubles he won together with current doubles world champion Xu Xin against Jung Youngsick and Lee Sangsu from South Korea in the final. 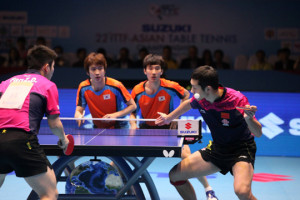 In the Men’s singles he defeated fellow STIGA player and reigning Asian champion Xu Xin with 4-3.

Watch the highlights from the Men’s Singles final:

The mixed doubles was won together with compatriot Chen Meng. 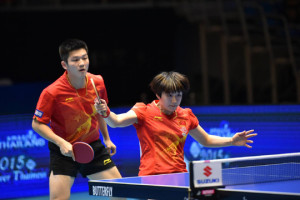 In the team event he played together with Xu Xin and current Olympic champion Zhang Jike.