DAY 1: The Quest to Join TeamUSA

DAY 1: The Quest to Join TeamUSA 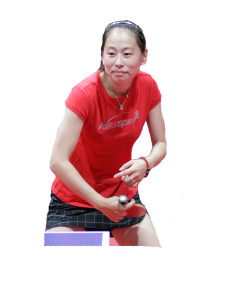 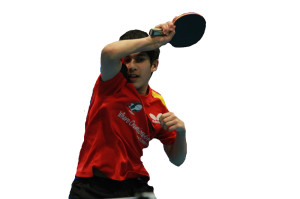 Results of Day 1
Jiaqi Zheng and Kanak Jha qualified on the first day of the Trials. Each earned their top prize with hard-fought matches throughout the day.

Jiaqi Zheng won the women’s final over Lily Zhang in a 7 game nail-biter. Lily continually pressed the pace with aggressive shots on both sides and a barrage of sharp backhand struck immediately after the bounce. Jiaqi varied the pace of the ball and often upset the rhythm of Lily. As the match wore on, Jiaqi was able to work in her aggressive forehand smash which was often unreturnable. In the end, Zheng pulled out a close match and became the first to qualify for the team. Due to eligibility rules, Zheng will play for the Pan Am team only.

On the men’s side, Kanak Jha faced Han Xiao. There are no easy brackets in a tournament of elite players, but Xiao’s path to the final was exceptionally difficult. He faced three-time US National Champion Tim Wang in the first round, then Siliang Wang, then Theodore Tran, before reaching Kanak Jha in the final. Kanak and Han were so evenly matched through the first four games, that only a single point separated them (with scores of 8, -11, -10, and 9). Xiao took the critical fifth game 11-7 to gain the advantage, but Kanak was able to turn the tide and pull out the last two games for the win. Kanak Jha qualifies for both the Pan Am and US Team.

Check back here for more updates throughout the weekend.