Jimmy Butler talks about the JUIC Stellan Bengtsson Alpha blade, the blade he used it to win the 2014 US Men’s National Championship!

Jim Butler plays with JUIC’s Stellan Bengtsson Alpha blade, and he used it to win the 2014 US Men’s National Championship!
Jimmy is four-time US Men’s Singles Champion ((1990, 1992, 1993, 2014) a two time Olympic team member and current US National Team member. Control is the name of his game and is one reason why he chose and uses the Bengtsson blade. Click on the video to find out the other reasons Jimmy believes the Bengtsson blade is so good. Jimmy made this video review in April, 2013. 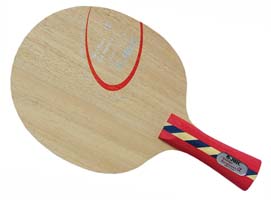 Ma Long – Ask a Pro Anything