Nittaku Premium 40+ Ball to be used at European Championships

The European Championships was first held in 1958 in Hungary. Initially it was a biennial event, but since 2008 the tournament has been held annually. The European Championships includes six competitions: Men’s singles, doubles and team, and Women’s singles, doubles and team. As of 2013, the Championships with Team and Individual Events will be held biannually in odd-numbered years. The Team competition is taking place in 2014. In the team competition there will be a Championship Division with 16 teams, a Challenge Division with 16 teams and all other remaining teams will play in the Standard Division. All matches will be determined by the best of 5 games. 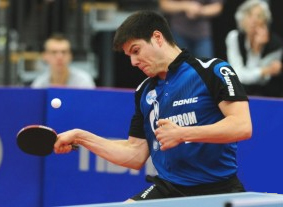 In the Team Competition, Germany is the reigning champion in both Men’s and Women’s Events.

Info on Nittaku SHA 40+ Ball (made in China)

Info on Nittaku Premium 40+ Ball (made in Japan)

How Do You Know If You Have Good Table Tennis Strokes? by Samson Dubina