Anybody who has been in table tennis for a long time will know of Charlie Disney. And anybody who doesn’t know Charlie is still affected by his table tennis legacy, as Charlie is somebody who made a big mark on the sport. Charlie passed away recently. Below are notes and an obituary from Don Larson, and notes from Sheri Cioroslan (formerly Sheri Soderberg) who knew Charlie well from their club in Minneapolis.

I knew Charlie from my playing days, and was fortunate to spend time at “Magoo’s Club” in Minneapolis, later known as “Disney’s”. Some of the club members like Sheri and Sheila have been my special life-long table tennis friends and we have many good memories playing and traveling the world together. It is safe to say Charlie played an important role in making that possible. Don and Sheri tell it best. See below.
Judy Hoarfrost 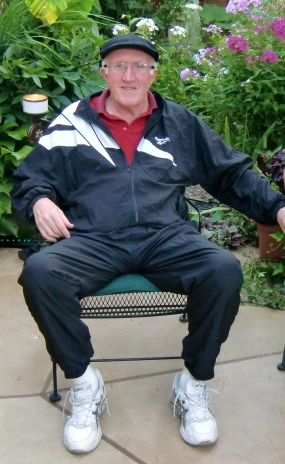 From Don Larson:
Hello All,
I want to thank you all for giving such wonderful support thru this difficult time…

…Charlie will be cremated in Rio Verde, AZ where his winter home is located. There will be a service there. His distant sister (with my help) will be planning a Memorial Service in his honor sometime toward the end of May… Several plan to come from far away so there is a lag time needed. This is a huge challenge considering many difficulties.

I submitted an obituary to Rio Verde press and also to the Star Tribune locally a few days ago. That obit is attached at the end of this email. It is not guaranteed what the papers will print, but this was a suggestion. I am told by Star Tribune that it probably would be in this Tuesday’s paper locally, or Wed.
Joel DeRider wrote a very nice tribute to Charlie at www.tabletennismn.com website. If you have not seen it, I encourage you to read.
Among others, Sheri Cioroslan (formerly Sheri Soderberg) wrote a nice note on my Facebook page when I notified many players nationally of his passing:

From Sheri Cioroslan to Don Larsen:
You two were an amazing team! My life has certainly been filled with international friends, experiences and travels because of the two of you. What a club Magoo’s, and then Disney’s, was!

The Soderberg “kids” (who my mom often credited Charlie with raising) were fortunate to have recently received a visit from him.

He played tennis with John and we went out several times. One night I invited a European tennis coach out with us. He was here with his student and was a former high level professional tennis player himself. The next day Charlie said, “I feel like we must have come off pretty funny last night. All that talk about our victories at the club and here we were sitting with someone who had wins over some of the best tennis players in the world!”

But that’s how we were. Our lives revolved the club, where we made lifelong friends. We all, I’m sure, have unforgettable stories about our adventures out into far off places because we learned genuinely to value and appreciate others.He also brought out our own unique gifts. He often would encourage newcomers with the words, “I can see you’ve got potential. Then we would all see amazing transformations!

While all five of my brothers spent a lot of time at the club, John and Jerry were the most serious. In later years, when we would attend US Opens I used to say, “John goes to play. Jerry goes to watch. And Sheri goes to talk! As I mentioned, that’s because everyone was encouraged to explore and contribute according to what aspects of the sport appealed to them.

For Charlie, much as he enjoyed playing, PROMOTING was his passion. That’s why we all learned how to make sales pitches through endless phone calling, how to set up tournaments, how to make draws and record results. And most especially how to warmly receive newcomers to our club, whether they were just curious passers-by, top foreign players, or fellow USATT members from other states.

“Friendship First, Competition Second,” was a popular Ping Pong Diplomacy slogan. It could just as easily have been our club’s motto.That’s why those of us who grew up in that special era of the club’s heyday really lived life to the fullest.

It’s not often that shortly before one passes away he gets to have his life and his contributions especially highlighted. But that’s exactly what we did recently. Along with Jerry, John, and me, our brothers Jim and Jeff were also in town. I remember especially the funny anecdotes all of us were sharing with our dad and stepmom one night. And Charlie was brimming with pride about what a good job he’d done raising us!Now perhaps he’s also regaling our mom and sister with the many stories. May he, like them, rest eternally in peace.

Thank you, Charlie, because of you, what a life we’ve all had! Again, thanks for your concerns and your meaningful emails and phone calls. Much appreciated! 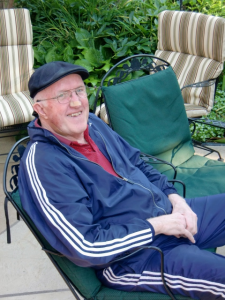 Charlie Disney was a stockbroker at Dain, Kalman, & Quail who later owned and operated the largest table tennis club in the United States and, after that, organized and led the Minneapolis Property Rights Action Committee, a landlord group that fought Minneapolis city government over its housing-inspections practices in the 1990s and 2000s.

Born on December 3, 1941, Charles W. Disney grew up in Edina. He studied highway design at Dunwoody Institute and worked for a time at the Minnesota Department of Transportation. After several years as a stockbroker, Disney founded Magoo’s Table Tennis Club on Nicollet Avenue in 1969, and then Disney’s Table Tennis Center on Lake Street, with a second location later in Hopkins. These full-time clubs organized tournaments, promoted leagues, ran a huge junior program, gave exhibitions, coached players of all caliber, and sold high quality table tennis equipment and tables. It was the largest organization of its kind in the country. Disney was also a ten-time MN state table tennis champion. The Disney’s organization successfully ran for 26 years with his partner Don Larson. Disney was a mentor for hundreds of up-and-coming players and promoters.

Charlie Disney was present at the historic “World’s” table tennis tournament in Nagoya, Japan, in 1971 when the Chinese government extended an invitation to the U.S. team to tour China. This opening shot of “ping pong diplomacy” led to President Nixon’s 1972 visit to China and the opening of China to western influences. Although he himself did not visit China then, Disney was the one who relayed the Chinese invitation from the playing floor to top U.S. Table Tennis Association (now USATT) officials. He was himself president of that organization in the mid 1970s. Charlie was responsible for making some historic changes in the sport of table tennis during his reign. He was recognized as an aggressive leader locally and nationally for the sport

Disney started buying rental properties in south Minneapolis in 1985 and 1986, realizing quickly inconsistencies and unfair practice within city inspectors. Six months before he purchased one property, the Minneapolis police raided the property for drugs at Grand Avenue South and E. 26th Street where Disney agreed later to live, but then harassed him after spending large amounts to better the house and surrounding Whittier community. Charlie tirelessly fought the city for landlord rights for those that were improving inner-city housing.

After years of dealing with city inspectors, Charlie Disney employed his considerable organizing skills into finding other Minneapolis landlords who were interested in suing the city for inspections abuse. Although the lawsuit failed, this effort grew into the establishment of Minneapolis Property Owners (later, Rights) Action Committee in 1994. This group picketed, testified at public meetings, and conducted a “crack tour” to show how easy it was to purchase crack cocaine on Minneapolis public streets. It also sponsored a popular cable-television show, hosted by Charlie Disney, which focused on problems relating to rental housing. Disney always said that the secret of his organizing success was the willingness to make thousands of phone calls

A highlight of the landlords’ activism was their invasion of a Minneapolis City Council meeting in early November 1998 with picket signs after the Council had revoked a landlord’s rental license. The council found it impossible to continue its meeting but dared not arrest the protesting landlords because this was the Friday before the state elections. On another occasion, the landlords held a press conference at City Hall when the city closed down an apartment building on Park Avenue where a murder had taken place. The city held the landlord responsible. However, Disney’s group had lined up tenants in that building who loudly criticized city officials for making them homeless. The mayor was forced to visit that property on the following day to try to make amends

Charlie Disney was a candidate for Mayor of Minneapolis in 2001. He dropped out before the election. However, his group’s influence was felt when mayoral and city council candidates friendly to landlords were all elected and all the landlords’ opponents, except one, were defeated. By that time, the group’s leadership had passed to Eve White who owned property in the Powderhorn Park neighborhood

In later years, Charlie Disney was married and divorced. He moved from Minneapolis to Roseville and Rio Verde, Arizona, but kept in close touch with former colleagues in the table tennis and landlord communities. A later passion in life was the game of bridge. Charlie Disney is survived by a sister, Susie Kanemitsu, and her husband, Hideo, and their son, Daniel, who live in south Minneapolis