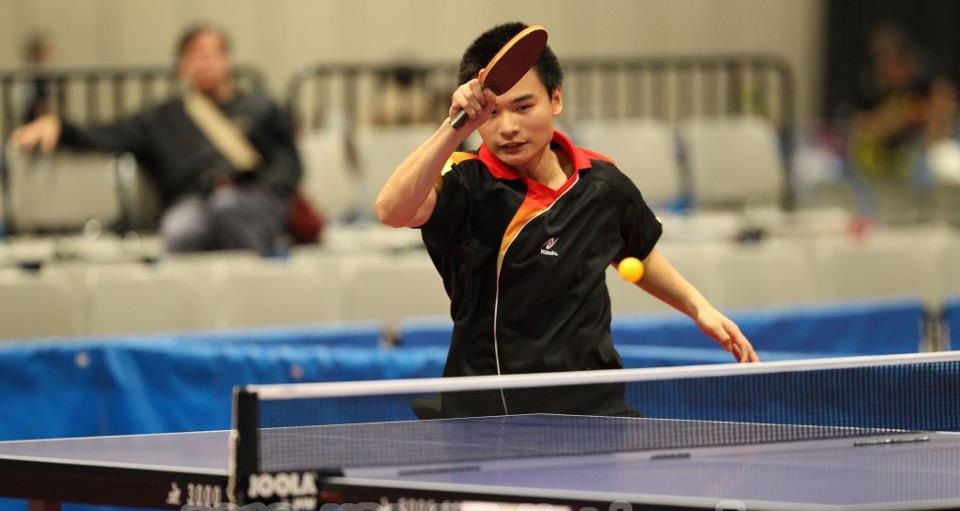 Yahao Zhang is the 2012, U-21 US National Champion and a member of the Texas Weslyan University Table Tennis Team, perennial NCTTA Champions.

As a 2500 USATT rated player with more than 12 years of experience, I have gained much knowledge about equipment and playing styles. For the next few months I will post articles about what kind of equipment you should be looking for if you want to play a certain style.

Choosing equipment has a lot to do with what kind of playing style you want to play. You should choose a blade and rubber according to your playing style. This article will be focusing on the thickness and hardness of sponge and the way it affects your shot quality.

For an attacker, the thickness of the sponge can be crucial to your game because the thicker the sponge, the stronger and faster shots you can produce. For an attacker, 2.1 sponge is a better choice for strong first opening and finishing shots. Thicker sponges allow the ball to sink deeper and longer into the sponges and create more spin and speed. Hardness is also another factor to consider. Harder sponges can give more “kick” to your shots. A softer 2.1 sponge can produce more spin and arc to your attacking shots because it allows even more time for the ball to sink into the sponge, but it lacks the speed of a harder 2.1 sponge.

The Nittaku rubber Fastarc S-1 with a 2.1 sponge is a great rubber for forehand attacks. It has a hard sponge but also great control for counter looping shots, and it makes the perfect combination of speed and spin for opening and finishing shots.

For defense, 1.9 sponges can be more effective for blocking and control. A softer 1.9 thickness sponge will have more control for your defensive shots. Personally I do not prefer a softer 1.9 sponge for blocking because it can be too slow and create weaker blocks to your opponents. A softer 2.1 sponge can absorb the power of your opponents’ shots. It can also be beneficial for short drop shots and spinier serves.

Example of such sponge is the Nittaku rubber Hammond Pro-Beta with thickness of 1.9 for great control and soft touch shots.