The Physical Aspects of Your Table Tennis Game: Endurance; Speed; And Strength

The Physical Aspects of Your Table Tennis Game: Endurance; Speed; And Strength 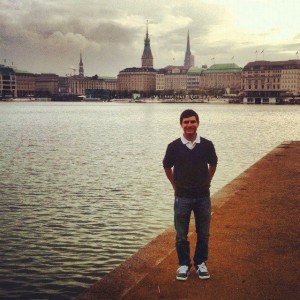 The Physical Aspect of My Table Tennis Game

Today I am going to talk about my physical workout. To me being in great physical shape is very important. There are many aspects to the physical game but today I am only going to cover the ones I believe are the most important for table tennis: Endurance; Speed; and Strength.

I’ll start with a little story. I was playing in a tournament against a defensive player who was 300 to 400 hundred points below me. However for some reason he was able to compete with me very well. I took the first game then he took the next two. I was down in games trying to keep my head and not to let things get out of control. Then I realized that if I could keep the ball in play and keep him running around I could physically out last him. The strategy, and most important my endurance paid off. I narrowly slipped into the final set and that’s where it happened. His energy ran out. He could not keep running to get to the balls. After his energy collapse I won the final game eleven to three. Endurance paid off.

So what do I do to increase my endurance? Running long distances increases your long-term endurance. My runs usually range from 30 minutes to one hour. I work out 3 times a week.

Again I will start off with a little story to explain why speed is important. It was back about two years ago when I was playing a good penholder player. For the life of me I could not receive his fast sidespin serve to my backhand with my backhand. He was up in games two to zero and I needed to make a change. I tried running around the serve to hit it with my forehand. The plan worked perfectly! I was able to return his serve with ease. However, in order to run around my backhand I needed to be able to cover the open forehand. Thankfully I was able to because of my speed training.

So what do I do to increase my speed? I do two things to improve it. First I set a stool on the ground and vertical jump over it as fast as I can about fifty times. I then take a two minute brake and do it again. I repeat this exercise about 3 times. The second exercise I do is called “Kangaroo Jumps”. These you do by jumping vertically and while in the air, bring your knees up to your chest. I do 100 jumps.

Over the years, this has been the most troublesome part of my physical game. Most people think strength is about hitting the ball harder. In reality the proper technique will take care of how hard a player hits the ball. What I believe strength is good for is preventing injuries. I have always found trouble when I give 110% on a shot and my body was not physically prepared to take that strain of the extra effort. For many years I have been fighting shoulder injuries but now I have been able to limit those injuries by strengthening my shoulders and arms. I think it is important for a player to see where his or her physical weaknesses are and strengthen those areas to avoid injuries.

What do I do to increase my strength? I do many shoulder exercises like push ups, pull ups and specialized rotator cuff exercises because that seems to be where I am injury prone. While this aspect of my physical game sounds like it has the least impact on my game, the fact is that it lets me play and have the best chance to make use of my endurance and speed.

So whether your 10 or 70 years old I encourage you to improve your endurance, speed and strength because as they improve so will your results, and you will get more enjoyment from your game.

Seth Pech now lives in small town called Rissen in Hamburg, Germany. He attends school and plays with a local club team out of Moorage. Seth plays on the club’s team in the Hamburg’s 5th League. When his paper work clears he will play the 3rd spot on the team.

Seth trains at least 3 times a week for two to three hours. He also helps out with the kids’ program that precedes his practice time.

Coaching Tip: Serving Short to Forehand and Long to Backhand