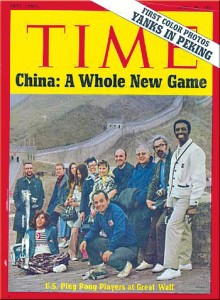 Sports, and the courage of two athletes to break the barriers between these two nations, provided the platform to open the doors of the world’s largest country to the world’s most powerful nation.
“We are delighted, and honored, to welcome the delegation from China to the San Francisco Bay Area next month,” said Anne Warner Cribbs, 1960 Olympian, President & CEO of BASOC. “The promotion of peace and goodwill through sports is a core value of BASOC, and of course the Olympic Movement. Ping Pong Diplomacy is perhaps the greatest demonstration of the power of this belief in the last half-century, and it must be commemorated accordingly.”

On April 10, 1971, nine American players with four officials entered Mainland China from Hong Kong and spent the next seven days playing exhibitions, touring the Great Wall, Summer Palace and watching ballet. In recognition, and collaboration with the Chinese National Olympic Committee, International Table Tennis Federation, U.S. Table Tennis Association, Bay Area Council and Asia Society, BASOC will deliver a program the entire community can be proud of and participate in.

Festivities will start with a welcome reception and Fourth of July fireworks viewing party. On July 5th, an afternoon “Sports and Diplomacy – the Legacy of 1971” Forum at the San Francisco Main Library will precede a VIP reception and exhibition event in San Francisco. The next day, clinics with Bay Area table tennis clubs will lead into a large audience exhibition and demonstration matches for the public at large at Stanford University. 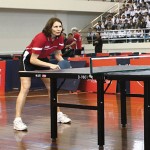 Exhibitions and clinics are scheduled for July 5-6, 2011.

Tickets for the July 6th demonstration, coach’s clinic and VIP Reception can be purchased via the internet at www.basoc.org or www.gostanford.com/40pingpong or through area table tennis clubs in Palo Alto, Fremont, San Jose and San Francisco.
The commerce, trade, cultural exchanges and business activity between our two nations that we all benefit from are tied to the chance encounter and conversations of two athletes – Zhuang Zedong and Glenn Cowan. The fabulous 2008 Beijing Olympics were built on the foundation of what these two athletes, and ambassadors for peace, initiated in 1971.

Tickets for the exhibition matches can be purchased at www.gostanford.com/pingpong40 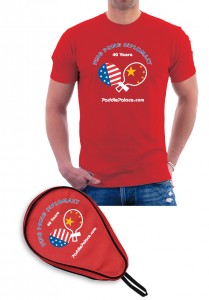 Perfecting Your Serve by Samson Dubina

We had a great day time of playing table tennis at Paddle Palace Club in Portland, Oregon on April 6, 2022! Thanks to all the PPC members and drop-in guest...

The Past and the Future of Ping Pong Diplomacy