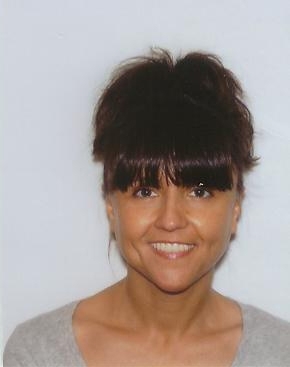 There are so many things that affect table tennis performance. Some argue equipment plays too big a role, that a really good player should have no problem playing with any blade (paddle) or rubber. However the truth is that table tennis players do care what they play with because certain combinations of blades and rubbers just feel “right” when used in competition.

Throughout table tennis history, players have adapted to ever changing (International Table Tennis Federation) ITTF rules. I’ve played in times when the ball was 38mm, colors of TT rubbers were the same on both sides, and the net was lower. However, the most dramatic change for me, and for most accomplished players, was the 2008 ban on the use of VOC’s (Volatile Organic Compounds) in glue which took away speed and power.

I started gluing in 1986. Gluing required me to change my game to adapt to the new speed it gave my racket. In the beginning, balls would fly without control, but very quickly I started enjoying the speed, power and sound of a racquet with speed glue. It made up for my lack of physical preparedness, which I never had as much as other players. With a glued racket, I could rely more on my talent and finesse.

I came to the US in 1996. My practice habits and tournament play suffered as I worked towards making my place in the US. I became a citizen of the US in 1999. My first US trials were the 2000 Olympic trials and I played decent for someone out of practice. I could thank my equipment at the time because using the right racket and rubbers brought my game back very fast. I qualified for 2000 and 2004 Olympics, and I have been on the USA National team for many years. I also won 2 Women’s Singles National titles (2003, 2005).

I must admit that my practicing habits were not the best, so it is true that beside my natural talent, rubbers and racket played a very important role in my results. When VOC gluing was banned, I struggled to find the right equipment for my style. Every player has a different style and needs. If my friends were playing with a certain rubber, and they were doing well, it doesn’t mean that same equipment would work for me. If I tested their rackets to check their rubbers, for example, it wouldn’t mean much because it’s not glued on my racket and the feeling would not be the same. My option would be either to play with the exact same racket as theirs (if I liked it so much), or to try how those rubbers feel on my racket.

Since the change in the glue rule I believe table tennis companies have come up with better rubbers. However, the only way for a player to know which rubber is best for him or her is try it them. I don’t know if the feeling with the new technology rubbers will be totally matched to their earlier glued rackets, but I am confident that it is possible. I already found rubbers that are matching the sound effects and are very close with speed to the ones I used in times of speed gluing.

In my last competition, I used a carbon fiber blade with Stiga Calibra LT Sound on both sides. This rubber has similar feel to Nittaku Hammond with lots of speed glue on it, which I played a couple of years ago. I like the feel, but the problem was that I needed to play longer to adjust to all aspects of my game. My game is all around, but the important part for me is that I can block well, smash hard and loop fast or spiny. It depends on the point. Parts of my game did function, but I needed more time to play with this new equipment so I feel more comfortable to go for certain shots. Stiga Calibra LT Sound is for all around players that previously played with softer rubbers. Players can loop, smash, counter, and block with this rubber. If it is too fast for some players, then they could use Stiga Calibra LT.

It is very important to test many different rubbers or blades before a player decides what they are going to use. They should not settle for something that is just ok. They have to find rubbers and a blade that fits their game.

A Great Combo for the Attacking Player