The Nittaku 3-Star Premium 40+ is chosen as the official ball for the next World Championships taking place in Dusseldorf, Germany May 29 through June 5, 2017.

ITTF and Nittaku formally signed the agreement on December 10, 2015 during the GAC Group 2015 ITTF World Tour Grand Finals in Lisbon, Portugal. Under this agreement, Nittaku is the “Official Ball Sponsor and Supplier” for the 2017 World Championships in Dusseldorf. ITTF also signed with DHS who will serve as the official table sponsor.

The Nittaku 3-Star Premium 40+ is made in Japan by Nittaku, and is widely regarded as the global standard for table tennis balls.

At the signing Nittaku noted, “We are honored to be selected as the official ball sponsor for the 2017 World Table Tennis Championships. Also we are very happy to have cooperated with DHS for many major events since the 2012 London Olympic Games.”

The relationship between ITTF and Nittaku has been strong for many years and this agreement strengthens the relationship further. Nittaku was first chosen as the World Championship ball for the 1971 World Championships in Nagoya, Japan. In recent years, with the advent of the new ITTF regulations for the non-celluloid poly ball, the new Nittaku 3-Star Premium 40+ ball continues to be highly regarded as the world’s best ball. It has been selected as the official ball of recent major events worldwide, including: TMS 2014 European Table Tennis Championships in Lisbon, the Liebherr 2015 ITTF European Table Tennis Championships in Ekaterinburg, the 2015 ITTF WORLD TEAM CUP in Dubai, the 2015 Women’s World Cup in Sendai, and the 2016 Tokyo Open.

The outstanding Nittaku Premium 40+ is also the official ball for USA Table Tennis, and is used at the US Nationals and the US Open. 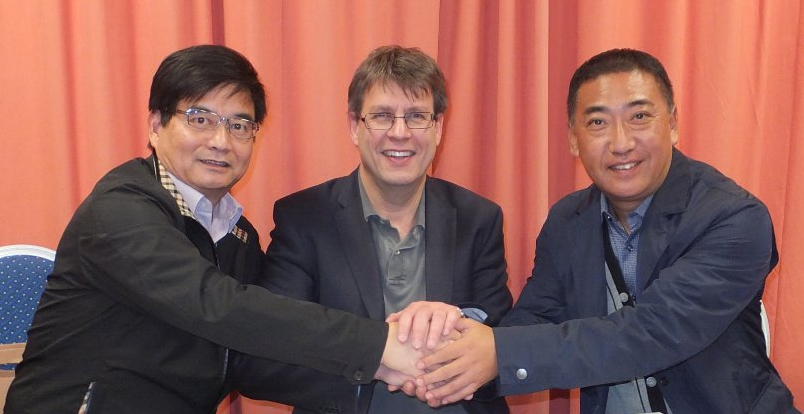