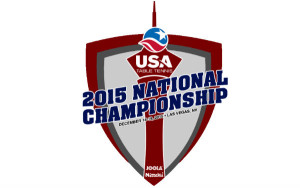 USA Table Tennis is excited to announce that the 2015 US National Championships will be held December 14-19 at the Las Vegas Convention Center in Las Vegas, Nevada.

The LINQ returns as host hotel partner for the 2015 National Championships. Guests staying in the USATT room block at The LINQ will also get a free event, complimentary transportation to and from the playing venue on the Las Vegas Monorail, as well as a $25 food and beverage credit and a free ticket to the High Roller, the world’s largest observation wheel! Other amenities may be added to the added value package leading up to the event.

The 2015 National Championships will be held in the North Hall of the Las Vegas Convention Center, offering superb lighting and playing conditions.

Based on the overwhelmingly positive response from attendees of the 2015 US Open Men’s and Women’s Final Table at OMNIA Nightclub, the Finals of the US National Championships will be held on the night of Saturday, December 19 at an exciting Las Vegas venue to be named soon. It is also suggested that participants plan on staying until Sunday, as the finals will be held on Saturday night and are likely to be directly followed by another special event.

Stay tuned for more information to follow about the 2015 US National Championships, and we look forward to seeing you at another great in event Fabulous Las Vegas!

October 1, 2015 will be the ratings qualification date.