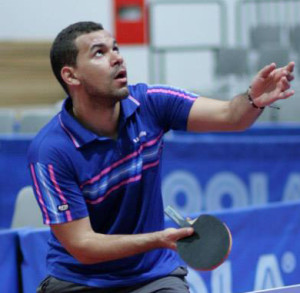 Texas Wesleyan University continued their domination of their region of the NCTTA this weekend. TWU claimed titles in both Men’s Singles and Women’s Singles at the NCTTA South Region Tournament. Emil Santos, NCTTA’s 2014 Male Player of the Year, claimed the Men’s Title while Anastasia Rybka took the Women’s Title.

To complete the sweep, the Rams also won both the Coed and Women’s Team titles. They have won eleven straight national team championships, and including all events – an amazing 55 national championships since 2002. TWU is poised to make a strong run at the National Title again this year – a twelfth title – a “12-peat”. The NCTTA National Championships is in Eau Claire, Wisconsin this April. Check back here for updates and interviews as the Tibhar-sponsored TWU Rams continue their march towards the championships.

Diagram of a Champion: Tim Wang