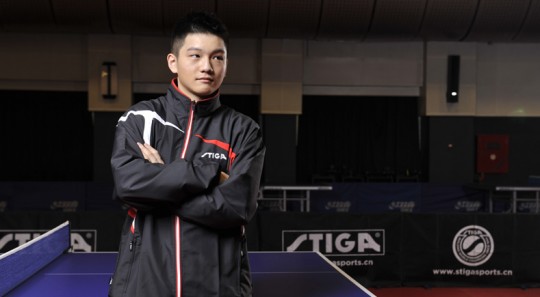 One of Chinas’ biggest hopes for the future Fan Zhendong, has signed a long term agreement with STIGA! The 16 year old super talent won the 2012 Junior World Championship titles in Delhi for Boys’ Singles, Boys’ Teams and Mixed doubles and finished second in the Doubles competition.

Enjoy some of the highlights from the recently played match at the Chinese Trials for the WTTC in Paris, where Fan Zhendong defeated Wang Hao: