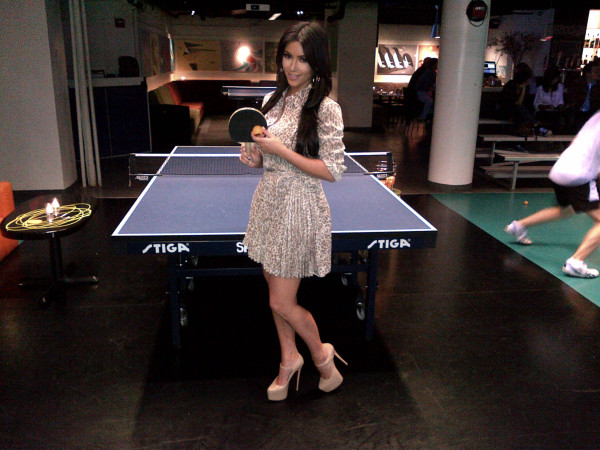 The Kardashians spent the evening at the very popular table tennis hot spot, SPiN New York Wednesday, October 5th. It must of been great fun because Kim decided to take the attached photo and tweet it out to her 10,206,862 followers!
Word on the street says plans are a foot to film an upcoming episode of their reality TV show at SPiN NY. If they do film at SPiN NY, it will certainly generate more mainstream PR for table tennis and for STIGA. For now, 10 million twitter followers is a good start!

What are the Advantages/Disadvantages Between Large and Small Headed Table Tennis Blades?

Registration – The season will begin on March 21st, but registration will remain open so players can jump in at any time. Check out the St. Louis Table Tennis Super...