The Tactical Mindset by Samson Dubina 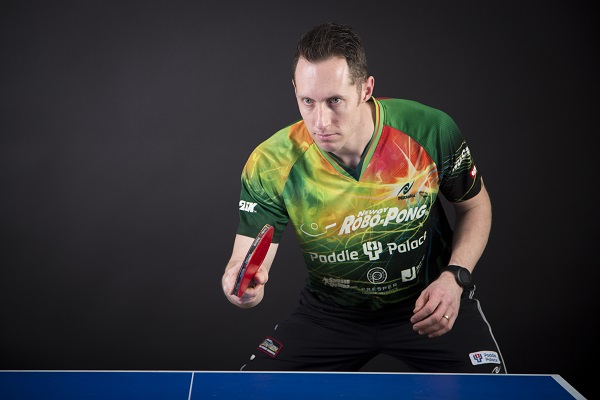 Just like any other table tennis skills, developing a tactical mindset takes discipline. As I work through the various styles over the coming weeks and teach you how to play against various opponents, I want you to understand that you too can think of your own tactics. I’m not very smart, I’m just an average guy. However, I do spend quality time thinking. You too can develop this same discipline.

The best time to think of developing future tactics for your own game is at the conclusion of a club night or on the way home from a tournament. Think about the various tactics that were used against you – think about all the annoying things that your opponent did to frustrate you.

Remember that first opponent who kept pushing sharp angle pushes to your backhand. By reaching for the ball, you weren’t able to spin much and your opponent kept blocking your weak opening quick to your wide forehand.

Remember that second guy who kept serving no spin to your forehand. He was waiting for your weak flip and just teed off on every flip.

Remember that fourth guy who initially couldn’t return your serve. Then suddenly just started pushing deep and high to your backhand. Remember how your own spin high to the backhand gave you issues.

Remember how that fifth guy kept blocking quick to your middle transition point. After you gave a weak loop, he would just counterloop wide to your forehand for a winner.

Between each point in the match, you have a few seconds to think about tactics. However, on the ride home, you have plenty of time to think about more details. The longer that you think deeply about the tactics, the more possibilities will arise. Let me illustrate, you are playing a game of chess and your opponent just made a move; it is now your turn; you quickly decide to move your queen to F3; it looks like the best move. At the time, that was as tactical as you could have been in 10 seconds. However, let’s suppose that I have you two hours. In two hours, you can think through more possibilities… possibly 7 or 8 other moves that would be better. The same is true in table tennis. You start the match with you serve short backspin and your opponent kept pushing to your backhand, you loop into the net several times. If I gave you 10 seconds to give me a solution, you would probably say, “Oh, I could just solve this problem with pushing!” True! That is ONE answer! But if I gave you 2 hours to solve the problem, could you come up with other solutions. Before reading the rest of the article, I want you to take out your pen and paper and list other solutions to this problem.

As you contemplate the hundreds of tactics that were used against you, then you too can begin practicing these tactics against others. Just remember that more years playing doesn’t necessarily mean that you will play smarter and have better tactics. The key is that you need to have the discipline to think deeply for 20-30 min after each session about the tactics used against you. Think about which tactics you can implement immediately and which tactics take longer to develop. Adjust your training sessions accordingly so that you aren’t merely training your basic strokes, but you are also implementing tactical drills into your practice sessions!

How to Beat Yourself

Sofia Polcanova – Ask a Pro Anything presented by andro