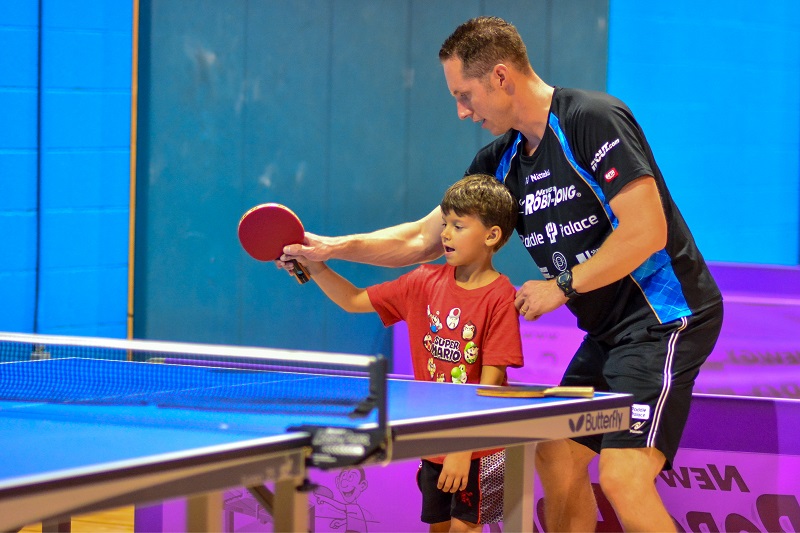 Each year, I write one article directed to coaches. For my 2018 article, I’m only going to give one piece of advice. But before I give it, I’m going to build some context.

Most table tennis players believe that there are two types of coaches – type A and type B. It is true, that 99% of the coaches that I personally have met fall roughly into one of these categories. Today, I’m going to present type C.

Type A
This coach does a good job feeding his student with plenty of information. In private lessons and group lessons, this coach is very excited and eager to quickly offer information and feedback to his player point by point. The benefit is that the player gets plenty of quick feedback. The downside is that the player isn’t taught to think for himself because he is always being spoon fed all the info session after session.

Most coaches will say that they are a nice blend of A and B. Yeah, I get that. But I would like for you to consider C, which I think is the best type of coach.

Type C
This coach typically coaches in question form. Instead of feeding answers to his player, he asks him questions throughout the group lesson or private lesson. This allows the coach to know what the player is thinking. This also forces the player to think about what is going and problem-solve, just like in a match. This also changes the mindset from that master/slave mindset to more of a team-mindset, where the coach and player are discussing it together working toward the same goal. So how does it play out?

Scenario #2
The player is playing some points during a group training session and has backhand flipped the same backspin serve into the net 6 times. After the 6th mistake, the coach asks the player if he realized how he was repeatedly missing the same serve in the same manner. The player said that he realized it but still felt that flipping that serve was the best option. The coach asked why. The player mentions that against his particular opponent, flipping was a much better option than pushing. The coach asks the player how he is going to adjust so that he doesn’t make the same mistake again. The player said that he was going to get there faster with his feet for his backhand flip, wait slightly longer, relax his grip, and focus on generating more spin with location instead of just hitting flat. The coach accepts it as a reasonable solution and continues watching as the player goes about his task of problem-solving throughout the drill.

There are literally hundreds of scenarios that I can give, but I hope that you understand this distinction. Type C is able to understand the thinking of the player, is about to give some guidance, and is able to allow the player to work through the problem on his own while directing the player’s thinking with insightful questions.