Serving in a New Dimension

Serving in a New Dimension 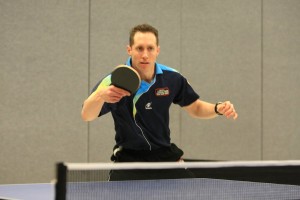 By Samson Dubina, 2013 US National Over 30 Singles Champion

Throughout the last 20 years, when returning serves, most of the world’s best players have looped the long serves and pushed short on the short serves. In order to attack first, about 90% of the elite serves have been short. This information has trickled down to even the lowest of the club level players. I heard many many many club players repeating, “Com’on, serve short!”

SERVING SHORT has been the theme of coaches and players in an attempt to stop the receiver from looping the serve.

SPIN has also been a major theme. Serving with spin often tricks the opponent and gives several free points each game.

HOWEVER, the new theme is LOW!

After Zhang Jike won the 2011 world championships, 2012 Olympics, and 2013 World Championships, many young aspiring American players have put a s

Your opponent won’t be able to flip your serve. If he pushes, this allows you to attack more easily.

Your opponent won’t be able to flip your serve very hard. If he flips fairly soft, you should be able to easily loop his flip.

It is great to have a short spinny serve, but put an additional focus to height of your serve. Contact the ball as low as possible, and slightly drop your body down about 1” as your contact the ball. Make sure the entire trajectory remains low and that your first bounce on the opponent’s side is less than 4” high. If your opponents are unable to flip your serve or unable to flip your serve hard, then you are on the right track!

Coaching Tip: Do Something Different